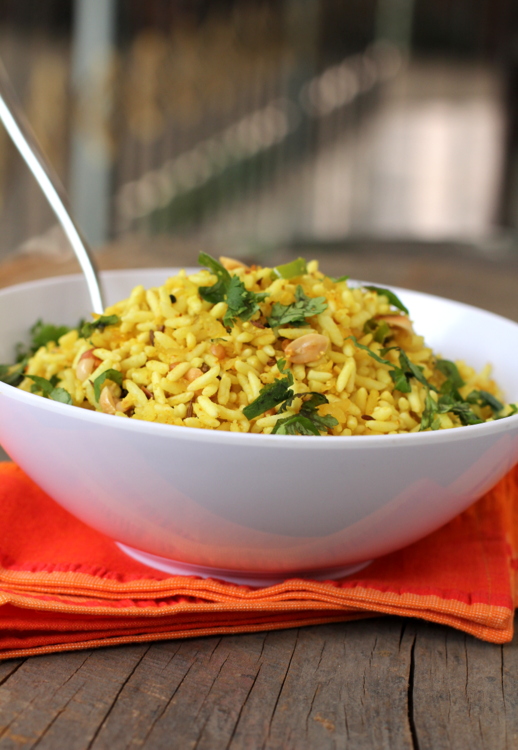 Uggani, Buggani, Vaggani, Borugula Upma and Maramarala Upma are all names of the same dish which is a popular breakfast fare in Rayalaseema region of Andhra which include, Chitoor, Ananthapur, Cuddapah and Kurnool districts. It was a common sight to find road side vendors selling a snack prepared with puffed rice, Uggani with Mirchi Bajji, a typical combination found only in this region.

A very basic and simple recipe that has roasted chickpeas and dry coconut as its star players. Each home has its own version, some use tomatoes, a few throw in peanuts for the crunch factor and many omit dry coconut. Whatever the version, Uggani, is a light yet filling dish that is relished by the Rayalaseema folks. I like to make it as an evening snack along side mirchi bajji (green chili fritters) and masala chai on a rainy day. When you have unexpected guests drop by and need to whip up a quick snack, make Uggani and serve it with a cup of hot kadak chai and papad or chips. I would categorize Uggani as one of the simplest yet flavorful snack among South Indian recipes. 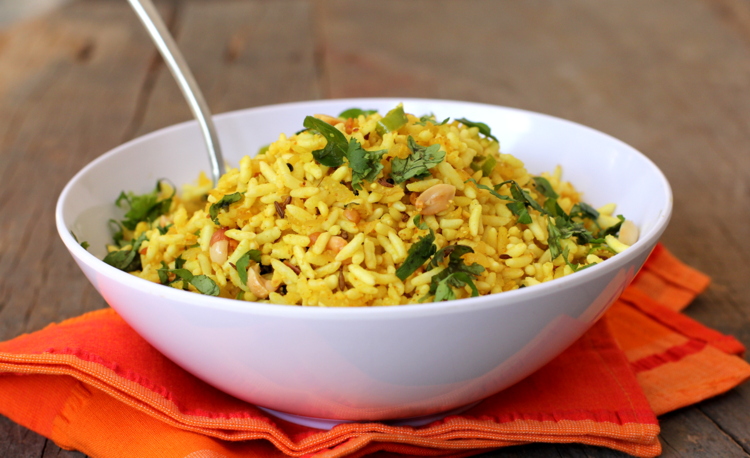 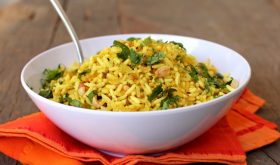