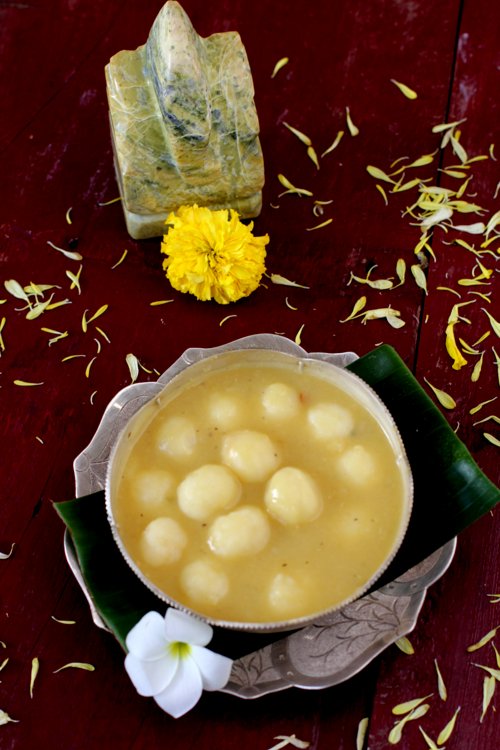 Which ever part of the country Ganesh Chaturthi is celebrated it is done with much fan fare and each region and community have their own distinct festive delicacies to offer Lord Ganesh. Pappulo Undrallu recipe is a unique traditional and classic Andhra style dish prepared for Vinayaka Chavithi that has rice flour as its main ingredient. In fact a majority of the delicacies have rice flour as the main ingredient hence I make a large batch of rice flour at home a few days before Ganesh Chaturthi. For pappulo undrallu recipe, undrallu or steamed sweetened rice balls are simmered in yellow moong dal jaggery base that is flavored with fresh grated coconut and cardamom powder. Unique flavors that are earthy, sweet and not to mention, addictive. 🙂 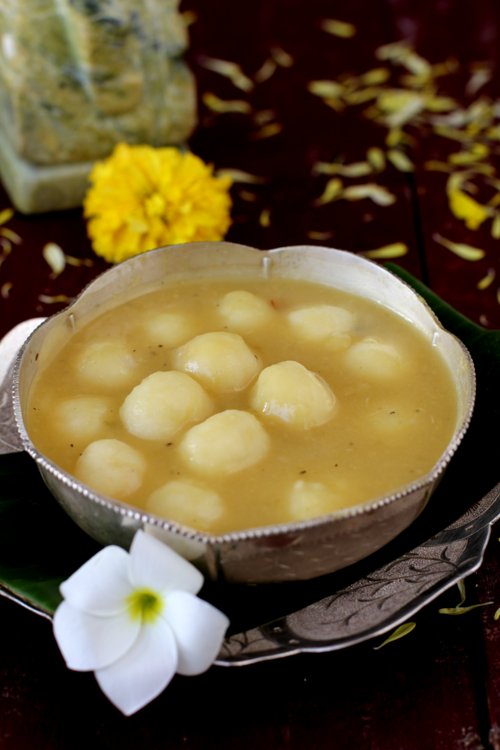 A few more Vinayaka Chavithi recipes Andhra style that you can make for Ganesh pooja 2014. 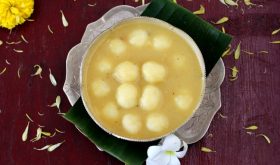