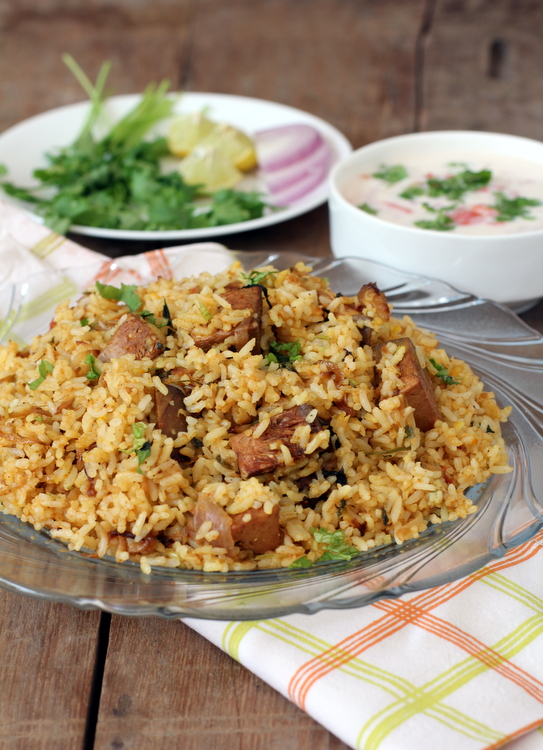 There are quite a few Indian regional cuisines that boast of vegetarian delicacies featuring raw jackfruit and one such culinary gem is Jackfruit Biryani or Kathal Biryani.

Fresh tender jackfruit is available in our farmer’s market. Bought some recently and prepared Jackfruit Biryani over the weekend. This unusual yet exotic rice dish is a vegetarian’s delight. The chunks of marinated jackfruit are well cooked under dum until fork tender and literally melt in the mouth. Follow the recipe for Hyderabadi Chicken Dum Biryani and replace the chicken with boiled tender jackfruit pieces. Do not make this recipe without mint as it provides the freshness and aroma to the biryani. Serve the Jackfruit biryani with Korma and raita. Utterly delicious meal for that special occasion and one that is irresistible to both kids and adults alike! 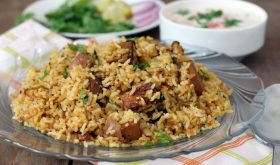 By Sailu Published: April 26, 2013 One of the most flavorful and exotic rice dish among Jackfruit recipes is Jackfruit biryani aka Kathal ki biryani. In Andhra its popular as Panasa Biryani.