Besan ladoo is one of the finest traditional Indian sweets that is prepared during festivals as an offering to God or to celebrate a special occasion and many a time just to cater to a sweet tooth. It is no exaggeration that it is a treasured culinary gem among Indian besan flour recipes. This gluten free dessert with a beautiful yellow shade has a unique, rich flavor with a soft and melt in the mouth texture. One of my most favorite Indian dessert and am surprised it took me so long to blog besan ladoo recipe. 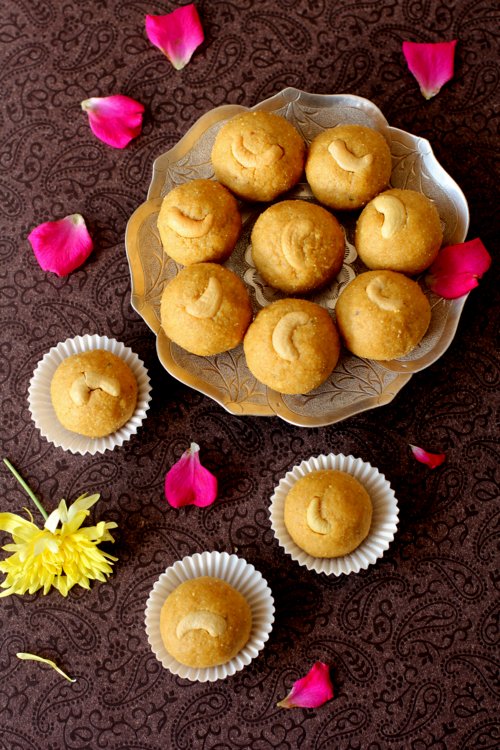 Chickpea flour in hindi is called ‘besan’ and ‘ladoo’ is a round shaped, bite sized, sweet ball. Besan stand strong in terms of health benefits due to its high protein and folate content, low glycemic index and not to mention, its gluten free. It helps prevent birth defects of the brain and spinal cord. You will find that pregnant women regularly eat besan ladoo, besan chilla and dhokla among other besan recipes. During pregnancy, women who crave sweets are encouraged to eat besan ke ladoo.

It is a popular North Indian sweet but is equally popular in Maharashtra and down South too. In fact, I have posted a besan laddu recipe earlier where the cooking method involved preparation of a sugar syrup which can be difficult for beginner cooks. Both the North Indian version and Maharashtrian style besan ladoo does not require the making of sugar syrup. It is comparatively much easier to make for those attempting to make it for the first time. 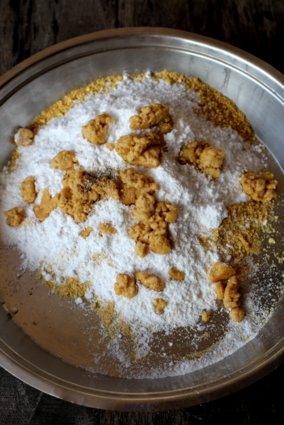 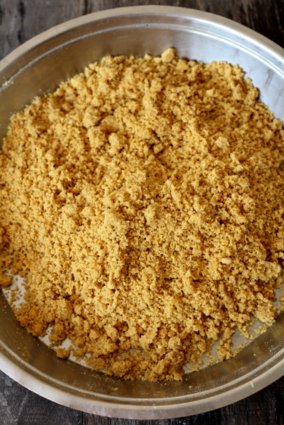 Besan ke ladoo is a simple and easy recipe that does not involve the making of sugar syrup. Just roast the besan or chickpea flour in ghee, cool and mix in powdered sugar and coarsely crushed nuts and flavor with cardamom powder. Roasting the besan is time consuming but worth the effort since it is the ghee roasted besan which brings in all the flavor to the ladoo. You have to roast till your home is filled with a fragrant aroma that is enticing. Roasting on very low flame and continuous mixing of the besan flour so that it does not burn are the key points to be taken care of during besan ladoo preparation. You do not want to bite into a raw tasting ladoo, so roast, roast and roast away. 🙂 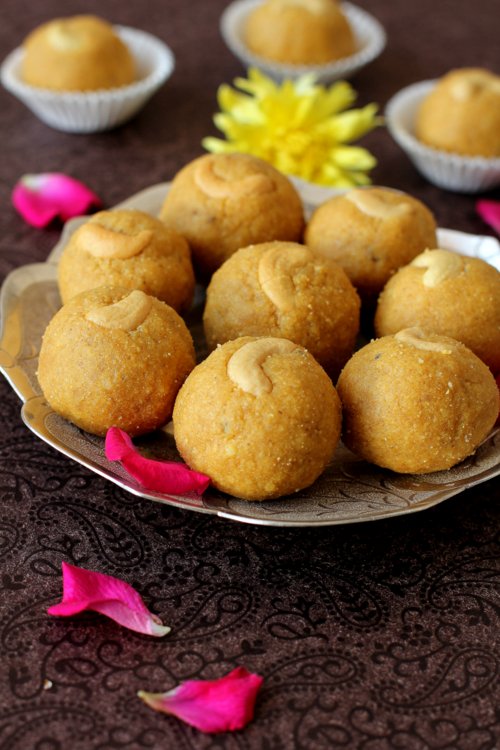 Usually a generous amount of ghee is required if we want to savor its true flavor but I have used less ghee in the besan ladoo recipe as I have added khoya or reduced milk solids to give it a richer flavor. In spite of reducing the amount of ghee, the flavor of the besan ke laddo was not compromised. Simple tips to follow for besan ladoo preparation involve the use of the coarser variety of besan flour also called mota besan or laddu besan and not the super smooth besan flour, roasting on low flame till no trace of rawness and the use of pure desi ghee. If you do not have access to the coarse besan, add a tablespoon of semolina or sooji to a cup of chickpea flour. 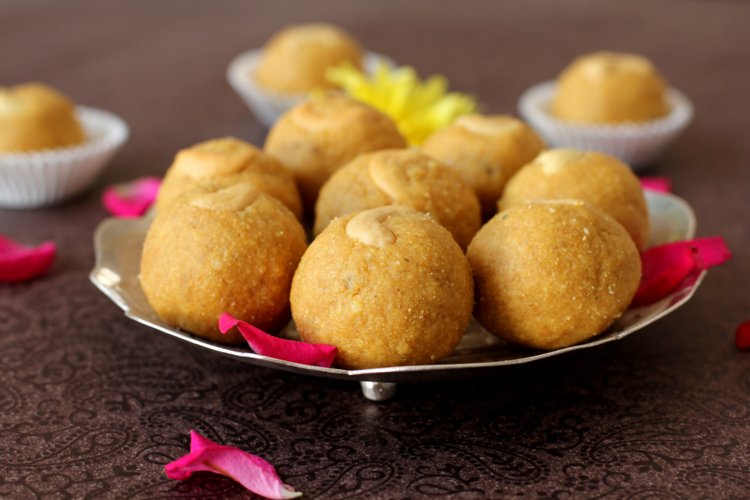 You can encounter a couple of problems while making besan ladoo like the mixture being too dry, not binding or not forming into a round ladoo shape. This can arise if you have used less ghee than required. At the time of shaping the ladoos, add a little more warm and melted ghee and mix. Start with a teaspoon and slowly add more if required. You can even add milk in place of ghee. In fact, many home cooks add warm milk to the roasted besan which helps yield a grainer besan ladoo. If milk is added the shelf life is reduced and the ladoos have to be refrigerated for a longer shelf life. Normally, the shelf life of besan ladoo is two weeks. Since I have added khoya, the besan ladoos have to be refrigerated within 24 hours of preparation. 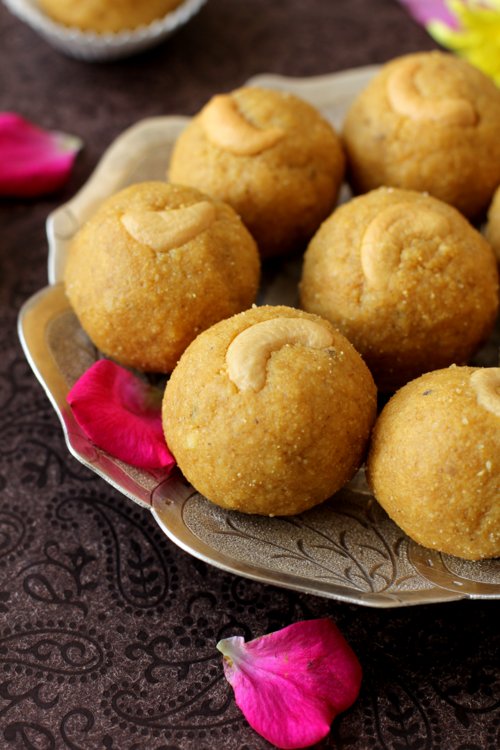 If you’re looking to make a super tasty, gluten free dessert, make besan ke ladoo which requires minimal ingredients. Even a beginner cook, cannot go wrong with these simple ingredients. Trust me! Do check out a few other variations to the besan ladoo recipe posted in the Hare Krishna food website. Also check out besan ka ladoo on Sanjeev Kapoor’s site. 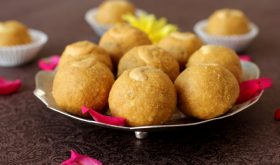